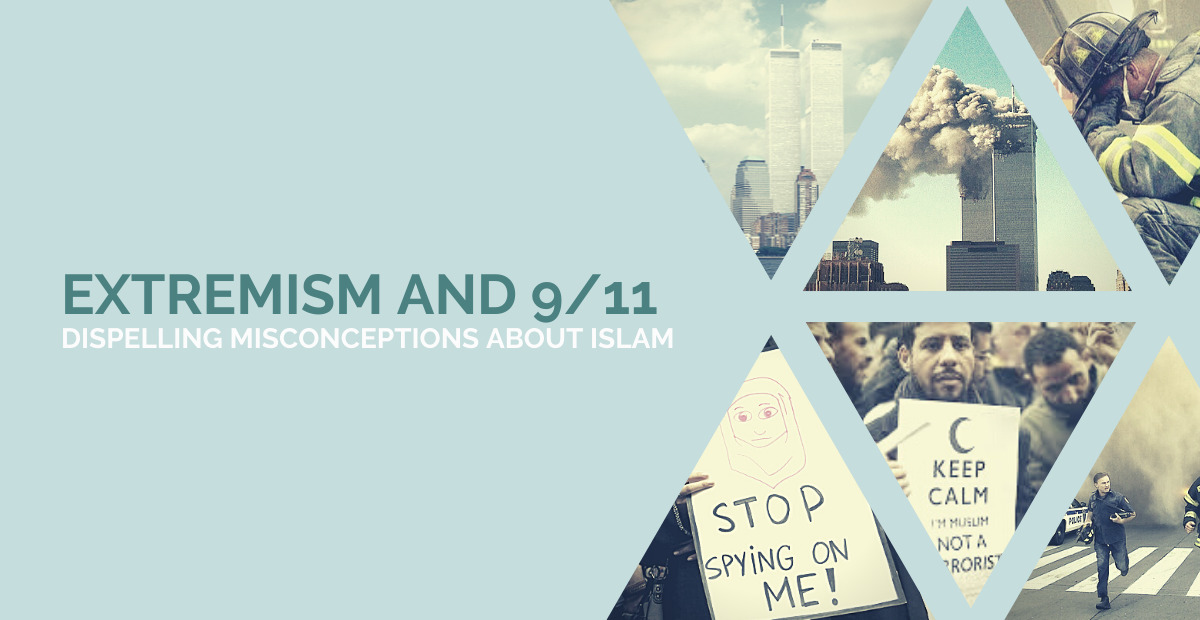 With the upcoming 20th anniversary of the attacks that occurred on September 11th, 2001, the Northwest Dawah Foundation wants to clarify our commitment to efforts of dispelling misconceptions about Islam, especially those misconceptions that blame Muslims and Islam for the heinous terrorist attacks that were committed that day by extremists.

The act of striking terror in the hearts of innocent civilians, the destruction of buildings and infrastructure, the bombing and maiming of innocent men, women, and children are all forbidden and detestable acts in Islam.

If a single Muslim commits an act of terrorism, that individual would be guilty of violating the laws of Islam which they claim to follow. It’s unfair to condemn all Muslims for the actions of a single or group of extremists. The vast majority of Muslims have nothing to do with violent events that are fueled by extremism and at Northwest Dawah Foundation, we aim to dispel the misconception that Muslims support such extremism that is pervasive in the public. We also aim to educate Muslims who may be persuaded by extremism and call them to the true understanding of Islam.

In fact starting this year we’ve began implementing a requirement for our volunteers to adhere to an anti-extremism policy to ensure all volunteers understand our expectations and commitment to opposing extremism.

We invite people of all walks of life to learn about the true teachings of Islam, which is very different from the stereotypes perpetuated by the media and people who hate Muslims.

We also want to remind the public that innocent Muslims including Muslim first responders, who rushed to the World Trade Center, were killed in the attacks. Muslim communities in the United States have been targeted with hate crimes and discriminatory surveillance ever since the attacks occurred.

We invite you to learn about Islam and are happy to connect with you to answer your questions about Islam.